In the final analysis of this important international study, most outcomes were better with CABG than with PCI in patients with at least moderately severe left main or three-vessel disease. 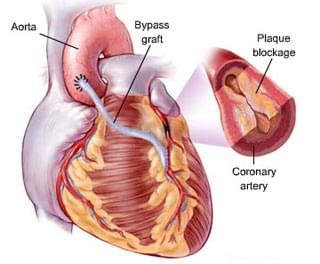 Of 1800 patients randomized, 90% of those assigned to CABG and 97% of those assigned to PCI completed 5-year follow-up. The overall adverse-event rate was lower with CABG (27%) than with PCI (37%; P<0.001). However, neither all-cause mortality nor stroke rate differed significantly between the two groups. The rates of MI and repeat revascularization were higher with PCI than with CABG (9.7% vs. 3.8% and 26% vs. 14%, respectively). The between-group differences increased with greater anatomical disease complexity and reached significance in the intermediate-risk category (SYNTAX score, 23–32), although the difference in mortality was nonsignificant in this group. In patients with SYNTAX scores ≥33, the overall adverse-event rate was 27% with CABG and 44% with PCI, including a statistically significant absolute increase in all-cause mortality of about 8% with PCI.

These results confirm and extend the earlier findings from this landmark trial. As in the previous reports, outcomes were similar with coronary artery bypass grafting and percutaneous coronary intervention in the lowest tertile of SYNTAX score, whereas CABG outcomes were superior in the highest tertile. Longer follow-up now suggests that CABG beats PCI in the intermediate-risk group as well. However, this conclusion is likely to be controversial, because the benefit was driven primarily by repeat revascularizations and myocardial infarction. Patient preference for PCI will also influence decisions in these patients.